Posts tagged “behind the mask”

Michael Jackson – The Behind The Mask Project 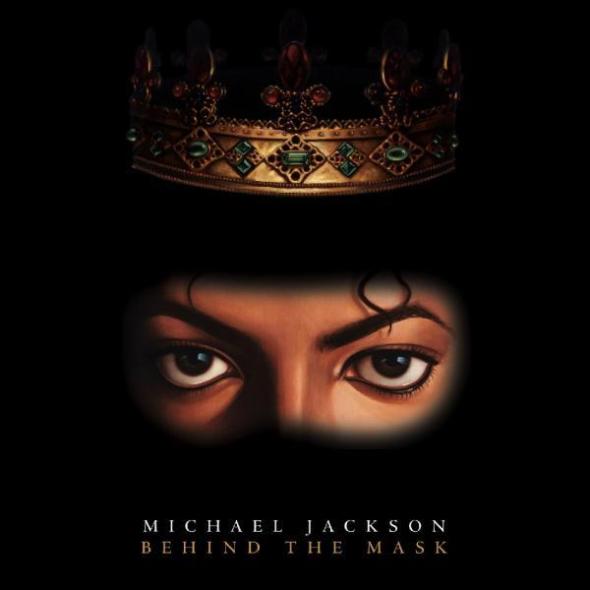 Michael Jackson’s older brother Jackie Jackson is convinced that the late King of Pop is fully supportive of all the Cirque du Soleil show developments and the two productions set for Mandalay Bay starting in December. “He’s definitely watching over this. He’s going to be alive in everybody’s minds for all the years to come now. He lives on,” Jackie said.

“Michael would have loved what’s going on now for his legacy. He always loved the business and the entertainment all his life. He loved the flash. He loved Las Vegas. He loved Cirque and saw every Cirque show they produced.

“I still remember the very first Cirque that came out. He called and told me, ‘Jackie, you’ve got to see this show.’ And he flew me out, and we saw the show together and from then on he saw every show. He loved Guy (Laliberte), the Cirque founder, and the whole Cirque show family. He loved them, so he really wanted to be a part of them. … He’s a part of it right now with these shows. It all fulfills his own dreams, and I believe he knows all about this and would be very proud and happy with it.”

Jackie told me that the first Michael Jackson: Immortal show that arrives at Mandalay Bay on Dec. 3 is a traveling rock concert spectacular. “The second show will be permanently housed at Mandalay Bay. They will be completely different in the way they look and feel, even though Michael’s songs will be the same.

“Obviously, because people want the hits in both. I can’t get into the other show right now because there’s going to be surprises about it, and I don’t want to give anything away. All kinds of things will be going on with the permanent show and the memorabilia zone.”

His line of leather jackets from Michael’s own designs will be launched in about five weeks on Amazon and will be among items for sale in the Michael Jackson Zone to be opened at Mandalay Bay.

Mandalay Bay President Chuck Bowling is the executive who has to reconfigure his hotel gaming floor for the Michael Jackson invasion.

“We have a reputation around the world for providing the best in dining, the best in nightlife and for many, many years have provided the highest quality of entertainment. Our sister MGM resort hotels are homes to the most successful entertainment brands in the world largely due to our partnership with the creative geniuses at Cirque De Soleil. We are ready for this. We are confident of its success, and we know Michael Jackson will be at Mandalay forever.

“This relationship started back in 1992 with a tent show behind the Mirage. But since then, the Las Vegas Cirque shows have attracted millions of people from around the world annually and have set every imaginable record for attendance in longevity. The shows know no boundaries, they appeal to people from all walks of life, language is not a barrier, home country is not a factor.

“Simply put, there’s a Cirque show for every kind of fan. In recent years, Cirque has partnered with such powerful bands as The Beatles and Elvis Presley, and that left only one other … who could join this extraordinary group — Michael Jackson!

“We’re honored that the relationship here at Mandalay Bay will ensure it is home for all things Michael Jackson. … Michael stood in a category all his own. Over his lifetime, he achieved and sustained a level of success that transcended any one genre or any one audience. Michael is an international icon renowned for his music, his dance, his mystique and his style.

“The world lost an extraordinary entertainer, but through the eyes of the creative geniuses at Cirque De Soleil, Michael will now live on in many new ways, for new audiences for years to come. That’s a wonderful gift to us all. We look forward to welcoming the world here in the coming months and years to enjoy experiences unlike anything Las Vegas has seen before.”

And the incredible logistics involved? Cirque will keep the 1,800-seat Lion King Theater when they move in Dec. 31, but everything else changes. “We’ve begun thinking about the process of putting all three elements together: theater, interactive space, the MJ Zone with the ultra lounge and retail. The logistics of it are still in design. … We’ll clearly create an amazing experience inside of the showroom that we’re starting to define now.

“So far, we have not developed a firm budget — not even really a tentative budget. We’ve got ideas in the background, but it wouldn’t be accurate to quote you anything, but we’re working on that. Certainly multi-, multi-million dollars. We’re only going to do the right thing, like Cirque and MGM resorts have always done: always first class. Add the Michael Jackson element, it can only be one thing, which is top-of-the-line first class.

“We are very excited about all the Michael Jackson elements that will elevate the total brand of Mandalay Bay. We know it will further our entertainment footprint not only in Las Vegas but also all over the world. This is an important message that Las Vegas is more than alive and well. … This will bring hope.”

Robin Leach has been a journalist for more than 50 years and has spent the past decade giving readers the inside scoop on Las Vegas, the world’s premier platinum playground.

New York, NY – In the coming weeks, the Estate and Sony Music will be releasing “Hollywood Tonight” and “Behind the Mask” from the global hit album MICHAEL. “Behind The Mask” will be released as the radio single in countries including the United States, Canada, Japan and France. “Hollywood Tonight” will be the single released to radio in the rest of the world and videos for both songs will be released worldwide. Each Sony Music affiliate will also release more information on the plans in their respective territories.

Both “Behind The Mask” and “Hollywood Tonight” are fan and critical favorites from MICHAEL – the unique collection of Michael Jackson songs completed posthumously and released in December by Sony and his Estate. The album includes material Michael had been working on for future release prior to his passing along with other vintage work he planned to place on future albums. Joe Vogel, author of the upcoming book Man in the Music: The Creative Life and Work of Michael Jackson, wrote that while “Posthumous works are notoriously tricky…This, ultimately, is the most important quality of Michael: it feels like Michael.”

“Behind the Mask,” which was recently completed by John McClain and Jon Nettlesbey, is praised by critics for infusing the spirit of Michael’s music from the past. Rolling Stone called it “a fiercely funky cousin to “Wanna Be Startin’ Somethin'” The song is written by Michael Jackson, Chris Mosdell and Ryuichi Sakamoto and produced by Michael Jackson, John McClain and Jon Nettlesbey. The song’s recognizable hook is a sample of “Behind The Mask” as performed by Ryuichi Sakamoto’s Yellow Magic Orchestra. And “Hollywood Tonight”, which USA TODAY said “pulsates with Billie Jean-esque energy, was written during the time of the Invincible album. In 2007, Michael pulled the track out of the archives to work on the song with producer Theron “Neff-U” Feemster.

“Hollywood Tonight” was written by Michael Jackson and Brad Buxer and the track was produced by Teddy Riley, Michael Jackson with co-producer by Theron “Neff-U” Feemster. Ellen DeGeneres debuted and danced to the song with her audience during her popular talk show.

MICHAEL was the #1 global album upon its release in December and has shipped over 3 million units worldwide making it one of the biggest albums of 2010. The album’s nonstop success continues to underscore Michael’s importance to his fans as a global icon and superstar, and shows how his music continues to transcend cultures and languages. The platinum status for MICHAEL has now grown to 17 countries including the United Kingdom, Germany, France (2x), Italy (2x), Spain, Denmark, Poland, Russia(2x), Austria, Belgium, Czech Republic (5x), Canada, India (2x), China, Taiwan, Korea and the Middle East. Michael is now Gold in 18 countries including Australia, New Zealand, Brazil, Japan, Hong Kong, Indonesia, Malaysia, Philippines, Singapore, Finland, Greece, Hungary, Ireland, Portugal, Netherlands, Norway, Portugal and Sweden.

MICHAEL marks another release under the new agreement between The Estate of Michael Jackson and Sony Music announced in March 2010 that continues the label’s 35-year relationship with Michael and his music. During that time, Michael sold hundreds of millions of records, had 13 #1 singles and released the pop culture phenomenon “Thriller,” which remains music’s all-time bestselling album with more than 100 million copies sold worldwide.

Information on MICHAEL can be found at www.MichaelJackson.com.