New York, NY – On June 5, the original first single from Michael Jackson’s landmark album BAD, “I Just Can’t Stop Loving You,” was re-released as a CD Single with a never-before released bonus track called “Don’t Be Messin’ ‘Round (demo).” In its first week this Wal-Mart exclusive CD single was scooped up by fans, giving Michael a #1 debut on the Billboard Hot Singles Sales chart in a top five that includes Carly Rae Jepsen, Calvin Harris, Justin Bieber and Coldplay/Rihanna.

“I Just Can’t Stop Loving You” was written and composed by Michael Jackson and performed as a duet with Siedah Garrett. The song became the first of five consecutive number-one Billboard Hot 100 hits from Jackson’s BAD album. It also reached number one on the Billboard R&B and adult contemporary charts. “Don’t Be Messin’ Around” is a previously unreleased demo from the singer’s vaults which was recorded during the BADsessions.

On September 18th, the Estate of Michael Jackson along with Epic/Legacy Recordings will release BAD 25, which includes three CDs, two collectible booklets, and features the first-ever authorized DVD release of a concert from the record breaking BAD tour, the concert at Wembley Stadium on July 16, 1988 attended by Princess Diana, Prince Charles and a sold-out crowd of 72,000 fans.

More details on this and other exciting projects relating to BAD‘s 25th anniversary will be announced soon.

Get updated first by signing up for the official MJ Newsletter. 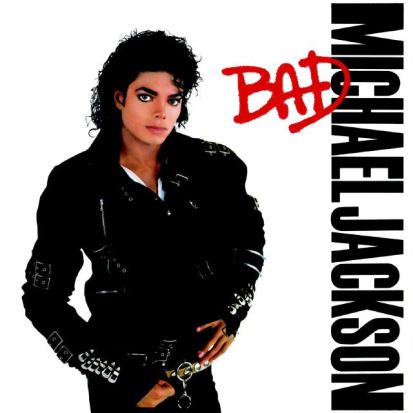 MICHAEL’S PERSONAL VHS COPY OF HIS JULY 16, 1988
PERFORMANCE AT WEMBLEY STADIUM UNEARTHED FOR THE RELEASE

New York, NY – Twenty-five years after the phrase “Who’s Bad” became a generation’s
cultural catchphrase, Epic/Legacy Recordings, in collaboration with the Estate of
Michael Jackson, will celebrate the legendary album and record breaking BAD tour on
September 18, 2012 with the release of a deluxe package, BAD 25, which includes three CDs,
two collectible booklets, and features the first ever authorized DVD release of a concert from the
record breaking BAD tour.

“The era of BAD represented Michael’s creative ‘coming of age’ as a solo artist in charge of
every aspect of his career – from recording to touring to endorsements to merchandising. This
was the first album on which nearly all of the songs were written by Michael. It was also was
the first album in history to produce five consecutive #1 singles and it took 2 ½ decades for
another artist to match that success. It was also the first time Michael would tour as a solo artist
– his vision, his decisions on what the show would be. The enormous success of the BAD album
and tour was a pivotal moment in Michael’s growth as a composer, performer and producer
cementing his role as the King of Pop. We are thrilled to celebrate such an historic era in
Michael’s career with this release”, stated John Branca and John McClain, Co-Executors of the
Estate of Michael Jackson.

The BAD 25 anniversary deluxe edition will feature three CDs and 1 DVD as follows:

• The highlight of the package is the DVD of Michael’s legendary July 16, 1988 concert at
Wembley Stadium. The concert is not a compilation of performances, but rather one
complete show, exactly as Michael performed it for Prince Charles, Princess Diana and
the 72,000 fans who were in the audience for that night’s sold out show. This show was
one of the record-breaking seven nights played at the venue attended by more than half a
million people – three times that many people tried to purchase tickets. The DVD was
sourced from Michael Jackson’s personal VHS copy of the performance as shown on the
JumboTrons during the concert. This footage was only recently unearthed and is the only
known copy of the show to exist. The visuals have been restored and the audio quality
enhanced so that fans can share in the excitement of that famous night

• A CD of the re-mastered original BAD album

• A CD containing previously unreleased material recorded in Michael’s personal studio at
Hayvenhurst. This material includes early demo versions of songs from the album as
well as demos for songs not included on the final album. All of this material is being
released as it was recorded during the BAD sessions. Nothing has been added. In
addition, this CD will also include new remixes from internationally renowned
DJ/producers

• A CD showcasing the audio from the sound truck recordings of the July 16th Wembley
performance. The first-ever live Michael Jackson CD to be released, this is the only
concert from the BAD Tour known to exist on multitracks

This magnificent 3 CD/1 DVD box set will also include two extensive booklets with yet unseen
photos from the recording sessions, video sets and the concert tour, the original BAD cover art, a
two-sided poster and more. A BAD 25 two CD standard edition featuring the original album
plus the CD of demos and new remixes will also be made available as will a stand alone edition
of the DVD and a picture disc of the original album.

On June 5 in the U.S. (June 4th ex-U.S.), Epic / Legacy Recordings will re-release the original
first single from the album “I Just Can’t Stop Loving You” as a CD Single with a previously
unreleased bonus track from the BAD sessions, “Don’t Be Messin’ ‘Round (demo).” This is a
Wal-Mart exclusive CD single in the U.S. and will not be available digitally.

The BAD album was the third Michael Jackson album produced by Quincy Jones and was
originally released on August 31, 1987. It was monumental in many ways; Michael wrote nine of
the album’s eleven tracks and received co-producer credit for the entire album. The album was #1
around the world, made history with five consecutive #1 singles on the Billboard chart, produced
ten chart-topping singles, nine ground breaking short films and to date, the Bad album
has generated over 45 Million units in sales. BAD was nominated for six Grammys and won
two; the album earned Michael the first-ever Video Vanguard Award at the MTV VMA Awards.
Songs on the original album are: “Bad,” “The Way You Make Me Feel,” “Speed Demon,”
“Liberian Girl,” “Just Good Friends” featuring Stevie Wonder, “Another Part of Me,” “Man in
the Mirror,” “I Just Can’t Stop Loving You,” “Dirty Diana,” “Smooth Criminal,” with “Leave
Me Alone” added to the album once released.

The BAD World Tour was Michael’s first concert tour as a solo artist. The legendary tour
included 123 concerts attended by more than 4.4 million fans over sixteen months. When it
concluded, the tour had shattered all previous touring records for attendance and total gross
revenue adding three new entries in the Guinness World Records for the largest grossing tour in
history, the tour with the largest attended audience and the most sold out shows at Wembley
Stadium.

More details on this and other exciting projects relating to BAD’s 25th anniversary will be
announced soon.

On this date in 1991, Michael Jackson’s album “Dangerous” was released.  The cost to produce Dangerous set new records, with an estimated cost of over $10 million and seven recording studios were used to produce the tracks.  “Dangerous” debuted on Billboard’s top album chart at #1, with 326,500 copies sold in its first week and was Michael’s fastest-selling album ever in the U.S.  “Dangerous” spent 117 weeks on the Billboard 200 chart.

Michael Jackson proved, yet again, just why he’s the King of Pop at the ’95 show.

Not only did he give MTV viewers a 10-minute medley of many of his biggest hits; he did it with on-stage costume changes, Moonwalking, Slash shredding on guitar, dance-fighting, enough crotch-grabbing for the whole of the ’90s, and a speech in the middle to boot.

By the way,  Michael’s 1988 performance of “Bad” and his brief appearance with ‘N Sync in 2001 were the choices listed on the Billboard poll.  However, his 1995 performance is an obvious fan favorite, winning as a ‘write-in’ option.

Longest span of US top 40 singles

With the coronation, the late King of Pop collects his eighth solo No. 1 on the survey.

Jackson last ruled with his sister Janet when their duet “Scream” led the weeks of July 15 and 22, 1995.

Here is a recap of Jackson’s eight solo Dance/Club Play Songs No. 1s; he first dominated as a member of the Jacksons, with “Forever Came Today” (four weeks, 1975) and “Lovely One”/”Can You Feel It”/”Walk Right Now” (one week, 1980). (Previously, combinations of album cuts were eligible to chart as one entry).